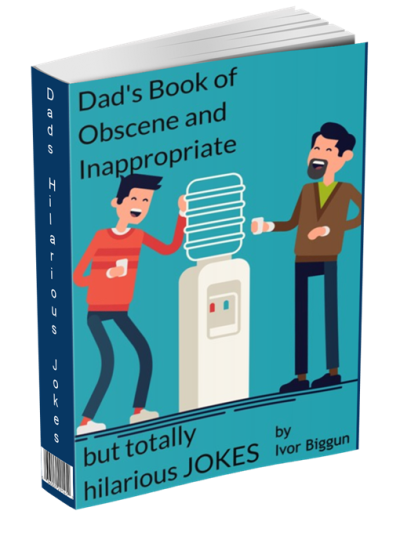 THIS BOOK ISN’T FOR

Anyone who’s put off by four letter obscenities

Those who believe sex is not a fit subject for humor

THOSE WHO ARE LEFT

Will enjoy this book immensely.

Memorize a few of these jokes and your reputation as a raconteur of note who can hold his (or her) ground around the water cooler with the best of them will soar to new heights.

Don't be put off by this book's 1-star review. The reviewer, despite the warning above was easily offended. Hopefully, you're not.