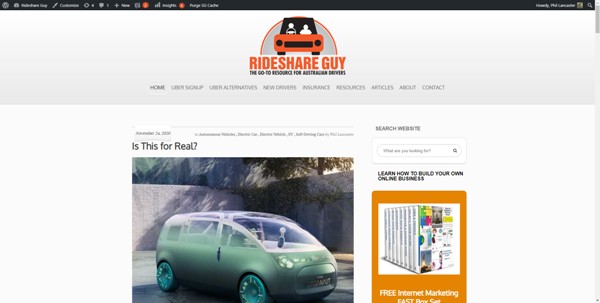 Phil retired to Queensland's Sunshine Coast after 48 years in IT, mainly in Melbourne and Sydney, followed by a disastrous stint as a café proprietor in Brisbane. He has three sons and a daughter, 3 granddaughters and a grandson. He balances his Uber driving with the relaxed Sunny Coast lifestyle but still manages to produce a healthy income from it.

Since the above was written, Phil no longer does Uber driving, concentrating instead on his Amazon publishing and online businesses. He still contributes articles that he thinks will be of interest to rideshare drivers.