The 4-Eyed Girl and a Murder of Crows 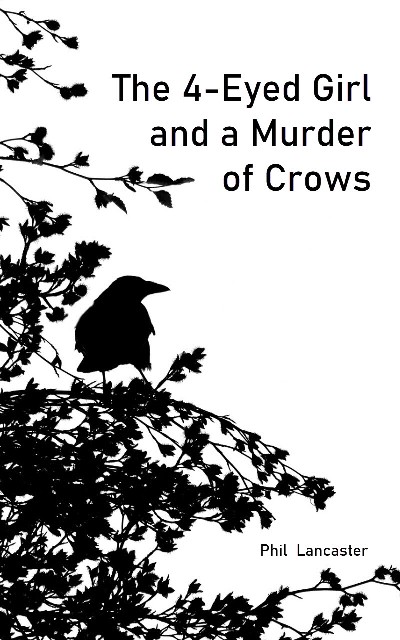 Cassie is the 4-eyed girl.

She doesn’t really have four eyes. Just a nickname that stuck. From her first day at primary school when she showed up wearing the big, bottom-of-a-coke-bottle glasses she’d just had prescribed and some dick had called out “hey, look at four-eyes over there”.

There is something funny about her eyes though. When she takes off her glasses it’s well, like there’s something else hiding there.

But not quite there. Hard to explain.

Anyway, with her best friend and certified Korean genius Jinny (real name Park Jin-Kyong) Cassie is just trying to get through life without making too many waves.

You know, pass exams, get picked for the football team, handle the inevitable resident bully, ward off a would-be admirer and try to survive her family.

She wasn’t expecting to solve a murder.

The crows had other ideas.

Cassie and Jinny get caught up in more than they ever imagined as Cassie’s normal life begins to unravel and they begin to uncover Cassie’s strange heritage.

It starts with her grandmother.

“What do you remember?” asked Morgan (“never, ever call me Grandma” was possibly the first thing she ever said to Cassie).

“From when you were a baby?”